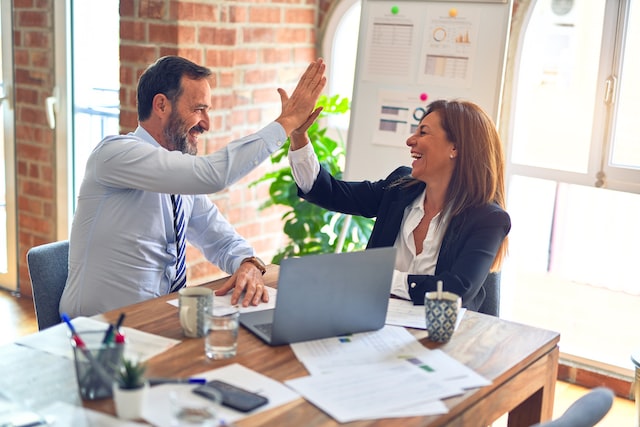 Business activity remained strong last month but confidence weakened as firms grew wary of the potential for a slower period ahead, a long-running business survey indicates.

The NAB Monthly Business Survey was released on Tuesday, detailing the results of interviews with 400 Australian non-farm businesses queried between October 24 and October 28.

“As we have seen in official data, consumers continue to spend despite headwinds from inflation and interest rates, and that run of strength looks to have carried on into October.”

Conditions were fairly robust across both states and sectors, Mr Oster said.

Wholesale and retail conditions eased somewhat from the very high levels in the September survey, but they still remain at very strong levels, he said.

Conditions are also strong in the industries of mining, transport and utilities, and recreation and personal services, he said.

But business confidence fell four points to 0 index points, below the long-run average, meaning as many firms in the survey were pessimistic as they were optimistic.

Confidence fell sharply in Victoria and declined in NSW, Queensland and South Australia, and across many industries.

“Despite the strength in conditions, confidence has been falling for several months as headwinds have weighed on the outlook for the global economy and Australia,” said Mr Oster.

Some leading indicators, such as forward orders, were down in October, although still remained at robust levels. Mr Oster said that “could be a sign that the clouded economic outlook is beginning to affect activity.”

Mr Oster said that a strong labour market would be a source of support for Australian households next year and for now, NAB doesn’t foresee a recession in the country.