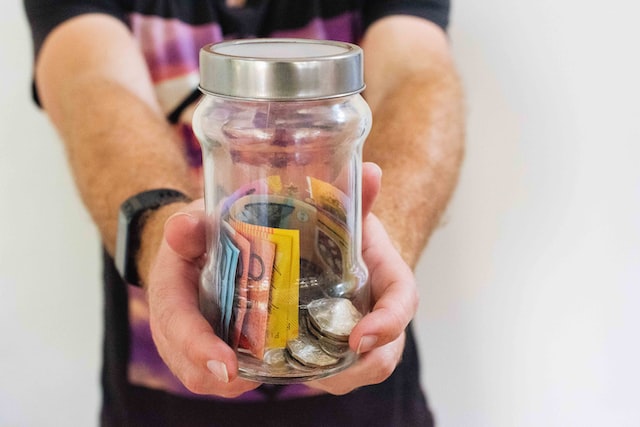 The one per cent lift in November recorded in the Melbourne Institute’s monthly inflation gauge follows smaller increases in October and September.

In October, the index lifted by 0.4 per cent, and in September, increased by 0.5 per cent.

The gauge is sitting 5.9 per cent higher than in November last year.

But consumers paid less for audio-visual and computing equipment, with this category sliding 3.4 per cent.

Core inflation, which excludes volatile items such as fuel and vegetables, lifted 0.7 per cent in November to sit 5.6 per cent higher than 12 months prior.

The stronger inflation reading for November follows a step down in annual inflation as captured by the Australian Bureau of Statistics’ monthly consumer price index from 7.3 per cent in September to 6.9 per cent in October.

Also on Monday, the ABS released its business indicators report for the September quarter, elements of which will feed into Wednesday’s national accounts.

Company gross operating profits fell 12.4 per cent in the quarter – the first fall in almost 12 years – led by a slowdown in mining caused by easing commodity prices.

Despite the softening, company profits were up 18.6 per cent in the year to September.

CommSec’s Craig James said corporate Australia was still in good shape despite the slowdown in profits.

“In part, businesses are passing on cost increases, and in part, more people have jobs and wages are rising, lifting business sales,” he said.

The ABS figures showed the total wages bill lifting 2.9 per cent in the quarter to be 11 per cent higher over the year.

Sales volumes rose a solid one per cent in the three months to September.

Business inventories – stock on shelves and warehouses – rose by 1.7 per cent, which will add a few points to growth when the national accounts are released on Wednesday.

Elsewhere, stand-in mid-year economic and fiscal outlook (MYEFO) analysis released by budget guru Chris Richardson shows the federal budget is on track to return to a balanced position next year.

In what he described as a remarkable turnaround, Mr Richardson said stronger-than-anticipated commodity prices were likely to feed into a $70 billion recovery in the deficit over the forward estimates than forecast in the October budget.

He said nothing much had changed in the past five weeks since the budget was handed down aside from the failure of Treasury’s low commodity forecasts to eventuate.

For example, thermal coal prices are sitting at US$380 a tonne, which is much higher than the US$60 a tonne forecasted in the budget by March 2023.

“But the good news is temporary, whereas the bad budgetary news will hang around amid a continuing blowout in the cost of social services and defence,” he said.

Assistant Treasury Stephen Jones said high coal and gas exports were indeed good for the budget bottom line but less so for households and businesses, which were getting pummelled by high power prices.

“‘I’ve mentioned the need to ensure we are helping households and businesses with energy prices,” he told Sky News, referring to the government’s plans to intervene in the energy market to drive down prices.

Meanwhile, petrol prices have eased from highs near $2-a-litre seen in mid-November, with the national price for unleaded petrol dropping 6.1 cents last week to $1.81 a litre.